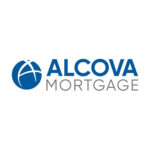 Most companies start with a business plan. ALCOVA Mortgage started with a friendship. Bound by a common background and inspired by a passion to serve, childhood friends Bobby Nicely, Billy Siple and Rob Lindstrom dreamed of one day starting a business.

“When I bought my first house, I realized how confusing the mortgage process could be. I thought ‘there has to be a better way to do this’,” said co-owner Bobby Nicely. In 2003, the trio joined together to establish a mortgage company—ALCOVA—an acronym for Alleghany County, VA, in honor of their roots.

The company began humbly in southwestern Virginia and slowly grew to serve more states in the Mid-Atlantic and Southeast. In 2008, ALCOVA weathered one of the largest financial downturns in American history only to expand and grow stronger.

In 2012, ALCOVA Mortgage made its debut on the Inc. 5000 list of fastest growing private companies in the United States and has been recognized eight times since then.  The company’s phenomenal growth of 96% in three years propelled it into the league of such legendary superstars that gained notoriety on the prestigious list as Dell, Microsoft, LinkedIn, Pandora, Timberland, Zillow, Yelp, and Domino’s Pizza.

Today, ALCOVA continues to thrive, largely because of its roots in a friendship and the passion to serve.